As a day trader, risk management is just as important as developing a solid trading strategy. No day trader is perfect and all day traders will inevitably have losing trades. A fine-tuned risk management strategy is what gives traders the ability to lose on trades without causing irreparable damage to their accounts. Think of it this way. A day trader can have a 50% win rate and still be profitable if they're average profit is twice the amount of their average loss. Contrarily, another trader may have a 75% win rate with average losses that are four times higher than their average profits. Have a look at the formula below to better understand the concept.

This formula can be used to determine a trader's long-term profitability.

Using this formula, let's compare the outcome of 2 different traders who each place 10 trades:

Even though Trader B has a higher win rate, he is not profitable due to a poor risk management strategy. What is the point of this? Limiting losses is just as valuable as increasing your win rate and, generally speaking, it is much easier to limit losses than it is to increase your win rate. 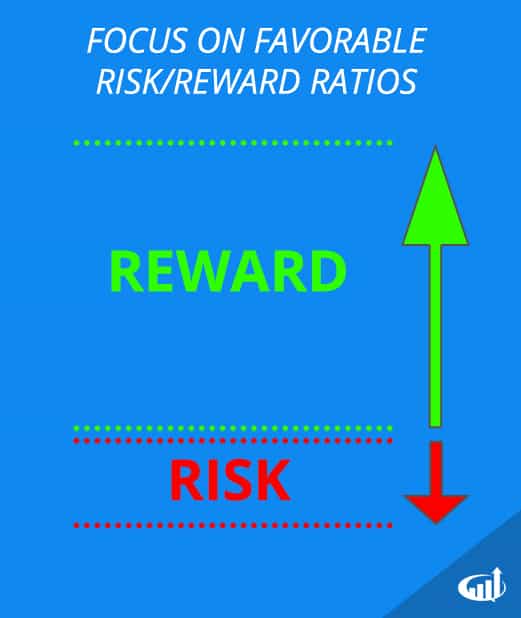 Higher risk/reward ratios give traders an edge in the markets.

With regards to the long-term profitability formula above, finding trades with high risk/reward ratios (3:1 or higher), will help you maintain higher average profits and lower average losses, making your trading strategy more sustainable.

A stop-loss is a pre-planned exit order for a losing trade. These can be executed manually or automatically on a broker platform. The purpose is to cut losses before they grow too large. Stopping out of a losing trade can be one of the hardest things for day traders to do consistently. However, failing to take stops can result in margin calls, unnecessarily large losses, and ultimately account blowouts. 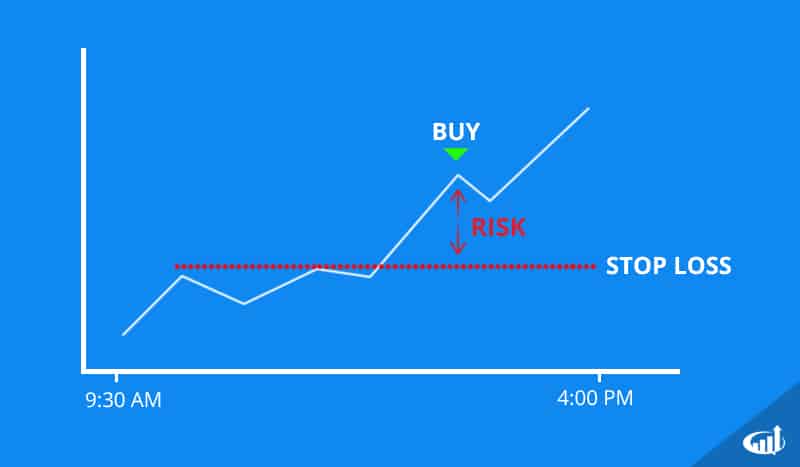 A stop loss allows you to control your risk by placing a sell order in case the trade goes against you.