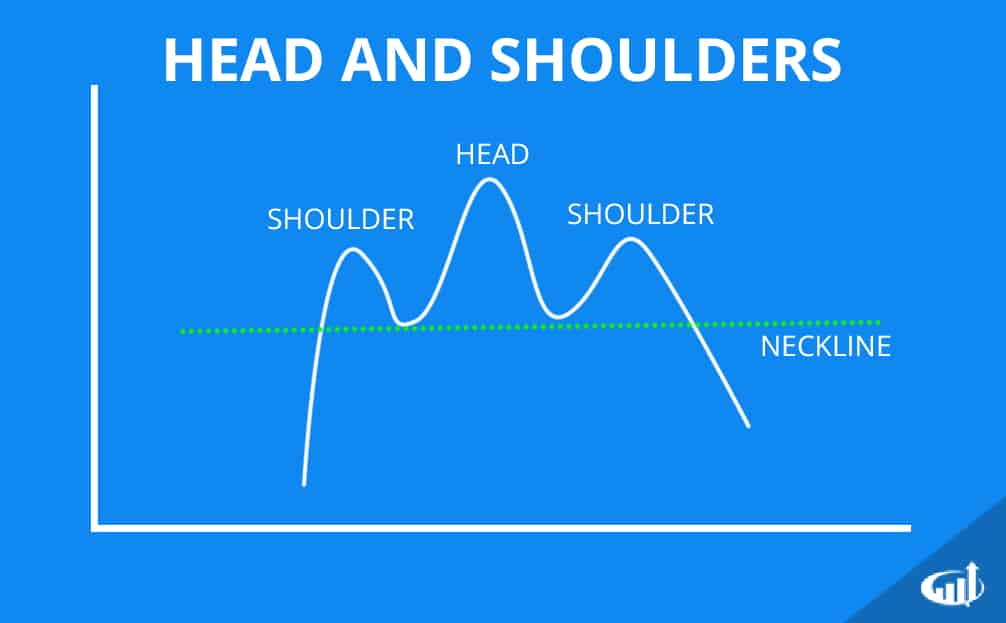 Head and shoulders are a trend reversal pattern. It is composed of a new high followed by a reversion and a bounce to a form a higher new high price and a reversion that bounces again to form a lower high before falling again. By connecting the two lows of the bounce points, the support trend line also known as the neckline is formed. The first high and subsequent higher high is the first shoulder and head. The high of the second bounce is the second shoulder. When the price falls back through the support trend line, the head and shoulders pattern is triggered. This pattern forms when the buyers are simply exhausted and lose interest as a new downtrend forms when the support trend line is broken.