By All Means, Avoid FOMO Trades

If you've been keeping up with Investors Underground for some time, you probably know that we are all about planning. We come to the market prepared every single day. We send out detailed watch lists with a game plan and rationale, analyze pre-market activity, and start planning trades for the day. This preparation keeps us safe and allows us to have the best chances of profiting every day. That being said, we can't predict everything. Certain moves cannot be foreseen. Often times, these moves require real-time reactions, and while experienced day traders may have the agility to conquer these trades, newer traders can become overwhelmed. "Do I enter? Do I avoid it? What if it's a huge move and I miss out?"

It's only natural to want to be a part of the action, especially when a stock is experiencing exceptionally high volatility. Sometimes, the hardest thing to do is sit on your hands and avoid placing a trade. This leads to the concept of FOMO Trades.

What is a FOMO Trade?

FOMO stands for "Fear of Missing Out" and a FOMO trade is simply a trade you enter out of fear of missing the move. When a stock experiences sudden volatility, it can make some traders very anxious. You may feel like you are faced with an opportunity that will not present itself again, and, of course, you don't want to miss the move. Due to the high volatility, you are forced to make a fast decision: do I enter or leave it alone?

So, Do You Enter or Leave it Alone?

Analyzing your emotions when trading the markets is not always an easy task, however it should be pretty clear when you are entering a trade solely because you don't want to miss a move.

"Not wanting to miss a move" is not a solid rationale for entering a trade. If that is your rationale, avoid the trade: simple as that. If you have a strategic game plan, than you are not trading out of impulse and you may proceed as you usually would.

How to Deal With FOMO Trades

The worst part about FOMO trades is that they trigger a sense of anxiety. You have minutes or seconds to react to a move and your brain gets overloaded. We've discussed ways to simplify decision making in another post, and these strategies can be applied to FOMO trades.

Traders are often influenced by others. "If everyone is short a ticker, I don't want to get left behind!" It's easy to get carried away with what everyone else is doing, but you need to focus on WHY they are doing it. The last thing you want to do is get stuck in a crowded trade with no exit plan.

When in doubt, protecting your capital is always the safest move. There's no shame in avoiding a trade you are unprepared for. The alternative could be blowing up your account and taking yourself out of the game.

I've been trading for a long time so I can assure you that great moves will come again.

So, before you consider entering a trade, ask yourself WHY. If you have a solid rationale, go ahead and test out your hypothesis. If you do not, move on and wait for the next play.

Seems simple right? Just buy bid, sell offer, done. Not entirely! In fact, when you start to trade this way it may actually make you frustrated because you start to miss some plays. Yes, there ARE some names that you'll just want to smack the bid or take the offer because it's news driven and you NEED to.

Recently I was working with two traders in the room - one was on a cold streak and super frustrated and another was my good friend who often trades the same names as me but stops out when I am adding and doesn't really give things a true shot at working.

If you don't allow yourself to have wiggle room in trading, you're not going to make it. You can't get long a name and then say "shit! I'm down $120 I have to sell." It's just not going to work. The MOST important thing here is ENTRY and PLAN. 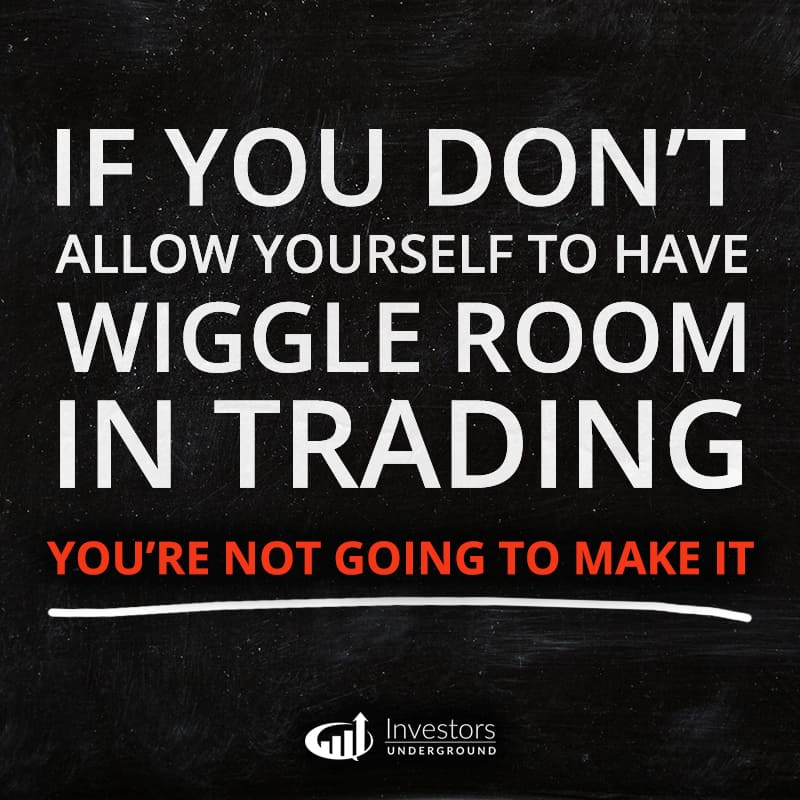 So getting right to it, the two things I saw both of these traders doing was 1) jumping right in as soon as they saw a ticker move and 2) not really thinking about "hmmm, how would I scale into this?"

My fix for them was, "if you're trying to get long make a plan based off VWAP (if above) and if you want to start in go for it." Personally I need to be in the name very small before I make my real entries. Don't use size if you do this. But I told them both to ADD LIQUIDITY and NOT take offer. It has nothing to do with saving money on commissions or any of that, but rather it makes you think about WHERE you should but the bid. WHERE is a good entry? Too many times I saw them jump in and try to figure it out later selling out into a drop where I was happy to scoop.

The thing about entering on the bid (if long) or offer (if short) is that it causes you to think first which puts your emotions in check. When you add liquidity it causes you to make a plan, think about entry and LET THAT TRADE PAN OUT. Whereas if you skip this step you're in, you don't have a plan and you EMOTIONALLY sell out the first dip it takes. 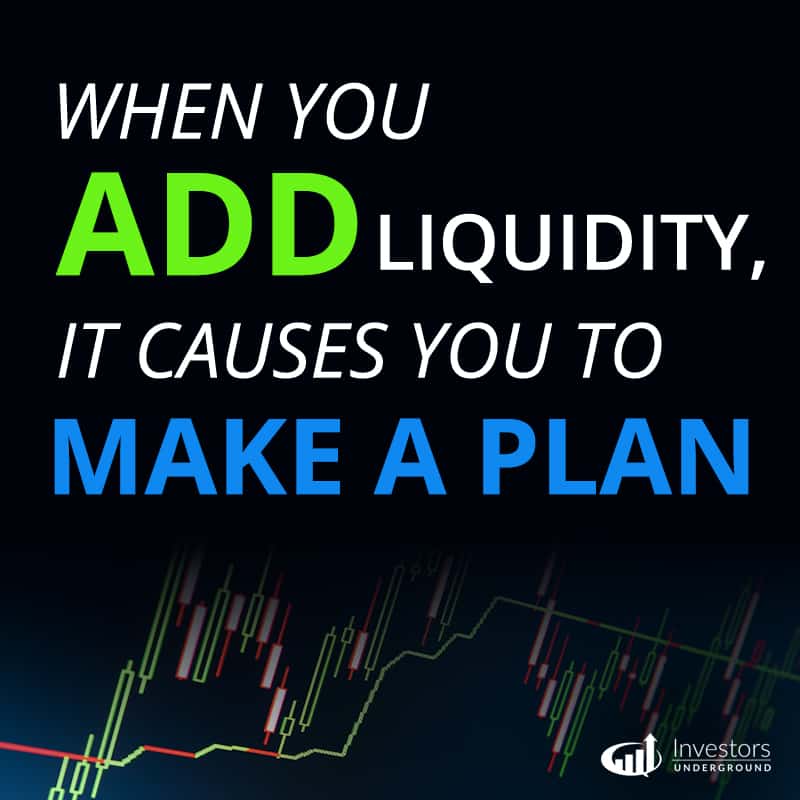 Stocks NEED to trend. You may get frustrated at first and miss a few great trades but I assure you it's helped these two traders stay out of a bunch of dumb trades which would have been the "Buy now and figure it out later" mentality.

1.) into parabolic IF over extended name (if familiar)
2.) back side of the move where you can see at least two peaks with lower highs to risk off lows and never passing more than 1/2 size until VWAP confirms peak

Otherwise use VWAP as a guide on original entry (keeps emotions out) and as you size in use .50/whole number marks as guide for risk.

As you can see below, dips w/ a risk on VWAP works no reason to be short until a back side forms:

Additionally for a LONG trade idea if a stock is UNDER VWAP (or to the right of the line) and you are looking to get long that's fine but understand you're fighting the crowd and you must remember two things:

1.) If a veteran trader is long into a washout and sells into a pop, it may work but it's NOT for the new trader. If longs are taken and you're looking to be patient for the reversal more often than not you'll be left hanging waiting for the break out while smart money sells
2.) Many are eagerly looking to short pops and the only short should be into STRENGTH with a risk over/under the line

See the chart below on DRWI to see this in action

When you just react to a trade without any plan or process in mind - your trade will be overtaken by emotions. That's not what trading is about. Trading is about entries and planning with a proper plan you should have no emotions and let the trade TREND as planned with SET risk. 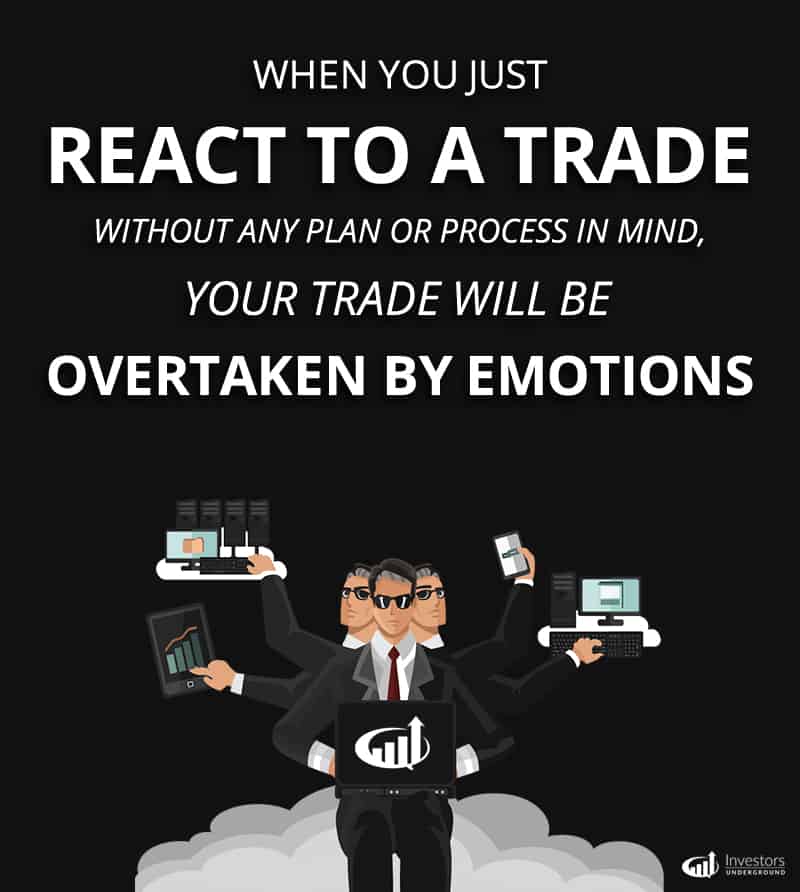 Have You Experienced FOMO Trading?

We love to get discussions started on the blog! If you remember any time you entered trades based on fear of missing out, feel free to share in the comments below. Your feedback can be helpful for other traders!

Feel free to ask any questions!