A Nearly $10 Billion Dollar Company That No One Knows

Remember this multi billion dollar penny stock before it halted?

Well, we've got another one that you should be entirely careful of! I've been slowly watching this thing break out of it's trend coming from very little volume to a major breakout on, well, yes very little volume. 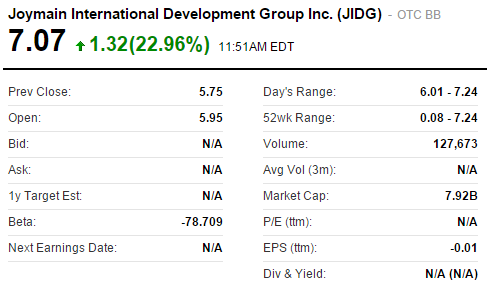 There are a few reasons why it's so easy to walk this thing up to ridiculous valuations with not much inventory (shares).

If you visit OTCMarkets.com, you can see they updated in March that they had 1,120,343,373 shares outstanding.

Many times this is easy to walk up to ridiculous levels with a tight part of the float or outstanding shares is insider controlled -- just like in this case where nearly 80% is held by one person.

I'm not here to bash it or talk badly about it. The main reason I'm writing this is to make you aware of the issues with potentially trading it, in the event you wake up tomorrow morning and it's been halted.  In my opinion this is not a natural move, similar to how I commented that CYNK's move was more than a short squeeze because CYNK had big media involvement due to consistent coverage on CNBC as well as hundreds of articles written on all the main financial networks.

This is a case where a thin stock walks up and immediately attracts the attention of shorts because of the insane valuation. There were 100,000-300,000 shares trading for the first few weeks from the .25 level quickly towards the $1 before big move on $2 that NEVER really gave shorts a chance to cover. It's very easy (if shares are available to borrow) to start in and end up 10,000 short forcing yourself (via bad trade management) to average up because the trade got away from you. Then you start doing the 'add add add' thing I warn against which puts you in a situation where you're either getting bought in on the name itself not margin related, margin call, or just straight panic.

At this point I'd say shorts are just jumping over one another. It's unlikely that it's retail trading(ie: me and you), but more likely market makers who are tripping over one's short then covering to another, then trying to re short but another market maker decides to cover and thus continual volume or liquidity as it trends higher. This can keep doing the same thing each and every day as you saw on CYNK.

To put my opinion in a few words: I believe this is a short squeeze and nothing more that will end extremely badly for anyone long. 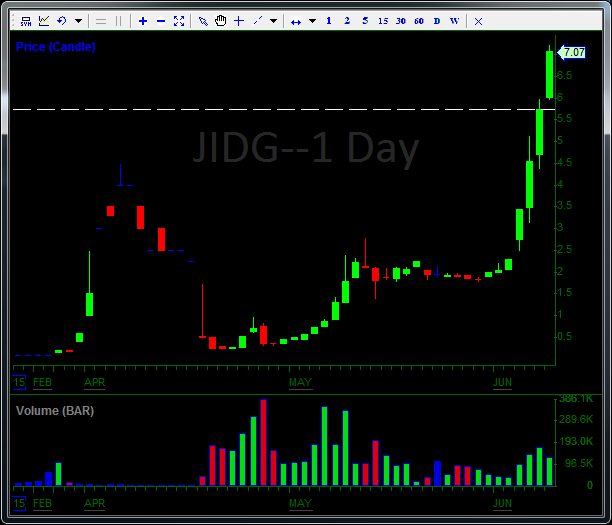 As this approaches $10 billion dollar market cap, I'd just like to remind you that CYNK did halt, and while I am not "calling for a halt" on this one I'm just making traders aware of the possibilities.

It looks like they just sold a bunch of shares at .03 a share and while it's not a "ton" of stock compared to the over all outstanding shares it's definitely interesting to take note that this move started just a few days after the S1 went into EFFECT. 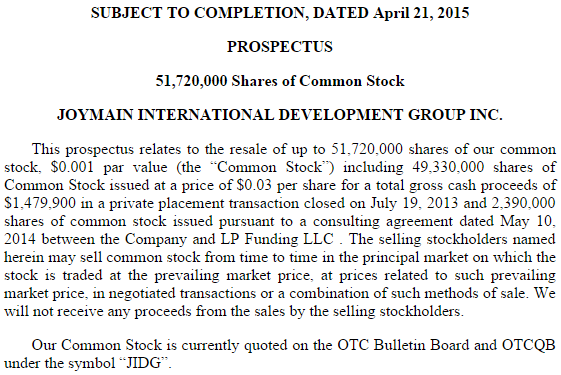