What's going on everyone! Hope everyone had a solid week of trading - I had a few size in and over stays turning good trades into avoidable either losses and/or giving back a bulk of the profits mid week but right back into it Thursday and Friday and we were given some fantastic opportunities including the MDGS gift pre market shorting $4.18 average with a near LOD close.

As usual - scan is meant to become familiar with names and be able to react that much quicker when they hit scans intraday. Right now, we've been in a market where you wake up, check the news, check the gainers and see what starts ripping at 7AM - 8AM and start making a better watch list from there.

Couple things to cover BEFORE we get into scan tonight:

Webinar Tomorrow 7PM EST !! Tons of new members the last few weeks so I want to make sure everyone is on the same page! Jump in Traders Lounge at 7PM tomorrow.

Traders4ACause Vegas is officially ready to roll !! Early bird tickets are available until the end of July - an thus saving you some good $$. Given that all proceeds go to charity you're welcome to hit any of the buttons to donate additional $$ as well or sponsor! Reach out to Zach if you're interested !! We will be updating the website with speakers & bio's in the next 24-48 hours. 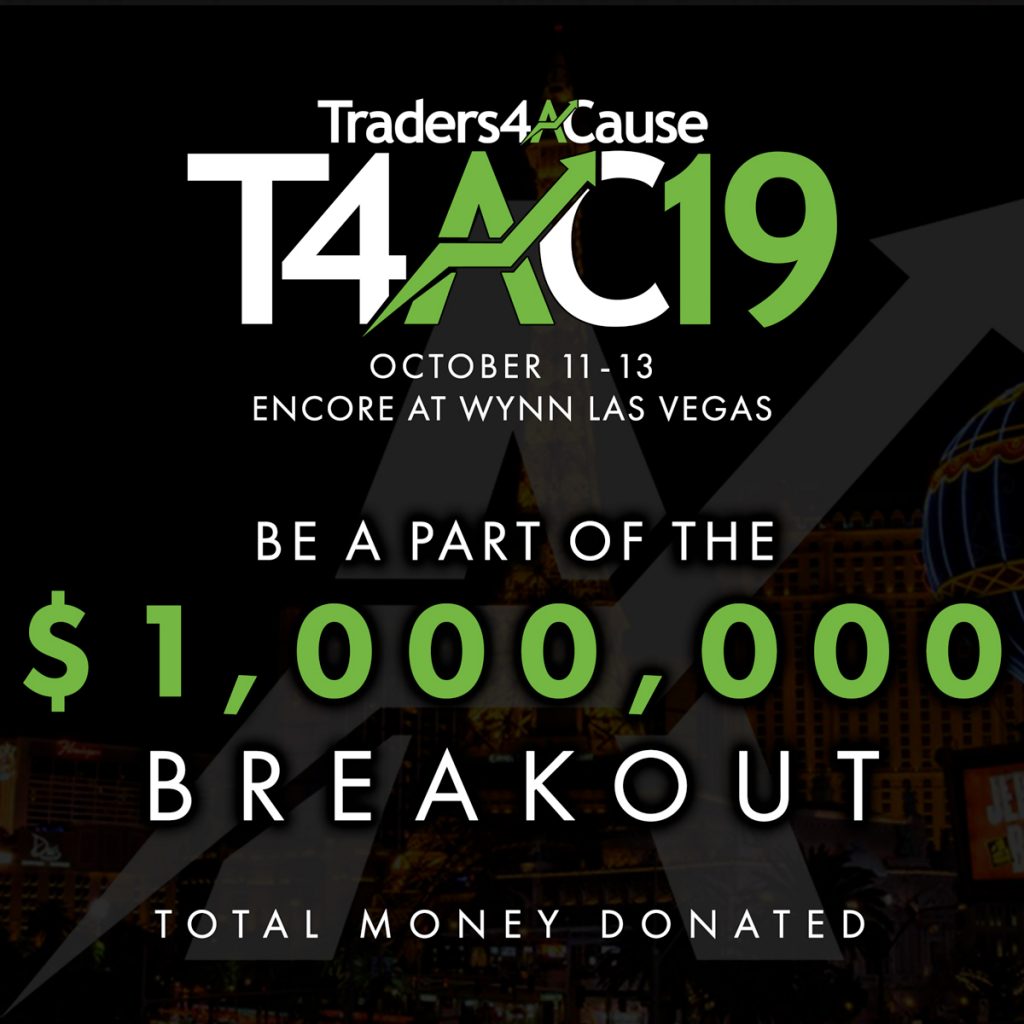 This year we've showed you our cost and broken it down so you can see exactly where your $$ is going and why we charge what we charge. We go above and beyond and the ticket cost ends up being only a fraction of what you receive in return - and everything is included ALL weekend.

ON TOP OF THAT we DO NOT sublet our cost by having product demos and paid speakers trying to pitch you something. This is a ZERO pitch environment. Straight knowledge. Straight conversation. Straight talk. Oh, and a TON of networking too.

Also I've been getting a lot of traders asking me how they can help - if you're local to Vegas, photographer, videographer, want to donate services, products, auction items etc - please reach out to [email protected]

Let's make this THE best year ever.

We'll also be doing the 6th IU/CP Trader Meet up like we've done every year for subscribers and clients but we're going to couple it with Sang Lucci for some straight talk and I'm thinking it's gonna be saweeeeeet 🙂 Time on that to be determined. Glad to see many others in the industry doing meet ups as well - I've met some of my best trader friends in person at the events we've put on.

Should we get to scan yet?

MDGS clearly the big one on Friday -- everyone is full of FOMO chasing right now and also afraid to short after VISL and CEI went nutty squeezing everyone out before coming apart. So, with that said brings great opportunities for shorts but you clearly can't just lay into it on the front side UNTIL we see pressure. So, with that said -- lots of FOMO chasers bent Friday give them a glimpse of hope off open on Monday is ideal and then look to fade back red. Even if it opens red I'd still look to fade it as long as trend suggest failed follow through momentum. Much like the VLRX trade on scan this week. Same concept.

OHRP just keeps coming back - not enough volume to get me super excited can only really trade 1/10th what I'd trade if it actually had 3-5-10 million shares traded so w/o that liquidity yeah, it's on radar but nothing I'm super excited about. I am impressed that it came back and has a pretty good chart. So, with that said watching all dips if $5 bases -- if we gap and fail ie: gap $5.60-5.70s and fail $5.50s I'd fade it back as a one day wonder vs. HOD risk -- but if it holds post 945-10AM + (see Friday) I'd join quietly.

VVPR really nice for those who watched the free YouTube video of failed breakouts and why / how they happen this was 100% what we discussed. If you haven't got back and review it -- but as you can see it failed daily resistance and came right back in. Looking for ideally follow through momentum off open ie: couple stragglers chasing it etc. and then back side move to join.

HOOK this one is all about entry - proper fade on Friday used the VWAP rip to get started and scaled into a winner with a target of $7.80s got some of it covered $7.87 and covered rest towards bell. Nice slow fader. I think we'll have another .80-1.00 trade here come Monday if it can't find any follow through momentum. Open mind here though - if trend holds 945-10AM + I'd join it.

INFY 'transitional' day as I like to call it - nice big move but didn't really make it anywhere pretty much flat most of day failed break out failed break down ended kinda where it started. So, with that said usually the move is the next 1-2 days - looking to join whatever way it picks slowly.

CEI killer trade on Friday I posted the "Why" comments on the long for squeeze and how I expected it to come in hard post cover that the whole move was fictitious in the sense that it was fueled by shorts. "THEY" likely controlled a good portion of the float again, locked shorts back in and used their exit to do just that, exit themselves. Once that's gone - bids are gone and we get those huge flush candles as you saw. Ideally $4-4.20 re-test and then fade off to nothing again.

OSTK got pretty restricted on Friday I think a bunch of clearing firms had buy ins -- so, no matter how strong it looked Friday much like CEI it may have just been temporary support. Looking to be reactive here, it's worked very well so far as this continually breaks out. There seems to be a movement on Twitter to try to get OSTK CEO to resign which is likely already worked out but they want to spin it as a positive if it happens and if it does I think whatever strength it has will be met with sell pressure in the following days. This is a PR machine right now, lots of "buy out interest" and other crap that is just like we used to see in OTC land. Higher better and we are going to have some major trades here. Great opportunities both ways lately.

FCEL as I had mentioned in a tweet 2 weeks ago -- July 12th was the big day on this one. 8-K's came after hours and demolished this thing -if it does open in the .30s like it was AHs on Friday we may have a nice rally to .50s + if it opens stronger than .50s I'd probably look to fade.

CARA 945-10AM + prefer trend join if it can hold for more break out on $25+ maybe catch a few bucks before yanking. Keep in mind this is not one to fight if it fails off $24s in the AM this is known to give it right back. It's on radar b/c it usually has great range.

PRVB hopefully they put a PR out near term - lock up coming and they never raised they withdrew their last attempt so it'd be nice to get this rollin' again and then maybe they'll hit it with a real offering this time.

WORK volume came out on Friday, so this could stay heavy - staying familiar with this so that when it does turn I'm there for the $2 rally.

SOLY been a nice traded the last few days I traded the dip a few times on Friday and it actually offered many .60-1.00 rally type trades but I was just a bit too late on the exit each time so unfortunately missed some pretty good trades. Great entries one step too late on exits. Not taking off radar. More in chat.

IMUX T+2 is ideal - great trader so far from the two swings on it.

FLKS chasers after hours on the approval to $1 + and then it was supported well at .9x's I'm surprised - hopefully this holds SUPER well and keeps going because it's going to offer an unreal fade. Ideally like RVLT and the others I tweeted the other day.

MU at $39 I said I felt $42 - yeah yeah great call -- no skin in the game so doesn't count and now it's $44 + nearly $45 all I see here is RANGE and OPPORTUNITY -- I do not step in front I REACT to major moves. That's all I'll be trading. Off open the ONLY edge is if it gaps up HUGE and SPIKES HUGE, if it's a flat move and has a jolt off open and you try to anticipate over time you'll realize it's 50/50 -- prefer to stick to an EDGE. More in chat when it sets up

MAXR ideally break out fail and then fade off sub $9

RVLV close to a $3-5 move either $40-42 break out or $40 fail and sub $35 flush - sure could go either way but the goal isn't to guess which way the goal is to KNOW when OPPORTUNITY is close as you saw on the ZM off Sunday scan 2 weeks ago anticipating $7-10 range.

ZM straight up since downgrade - higher better but thinking any $1-2 gaps and morning moves will be faded.