This week was pretty straight forward with clean trends that often resulted in big moves. It seems like every trade this week, your idea was right, right away or you should be right out of it. I put several trades in this recap with the scan so you can get a big picture idea of how the IU community works.

On Monday @Investorslive waited for CNST to begin to fail to start in on his short position. Once lower highs started it was a pretty clear indication this was headed lower.

@Cuzmane included AUPH on his scan Monday night for Tuesdays trading. He traded the plan he laid out and was giving live commentary in the IU chat as the trade played out. 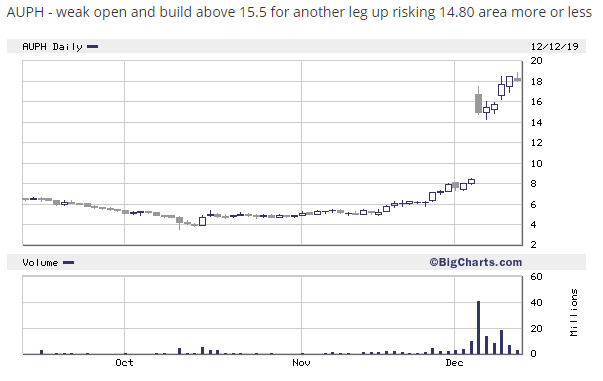 @Investorslive and @Oddstocktrader were ready to trade the plan from the scan. Looking at the daily chart showed the 2.20 area was the line in the sand and if it broke below that it was headed far lower. 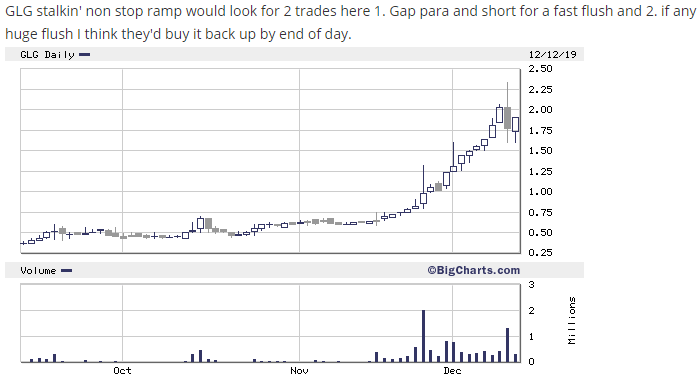 On Thursday @TraderTexMex was first with the news on TRNX. This was great as it gave several chances to get in before the big move instead of making it almost instantly.

Friday was a gift with several large trades. FTSV had shorts covering on Thursday before it faded off. The plan was the same for Friday . It ramped a couple of times allowing members to re-add shares they had already covered. 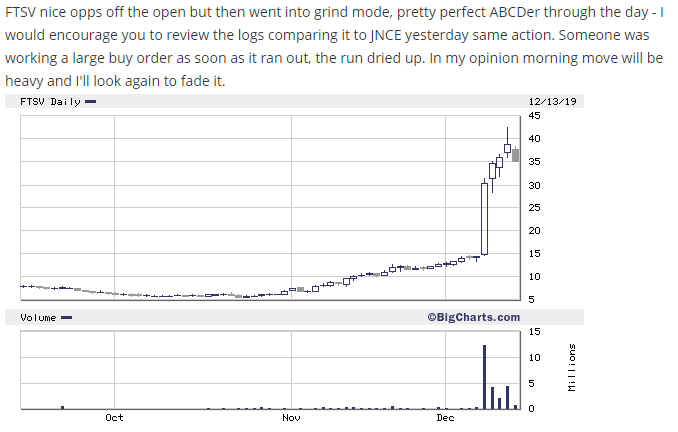 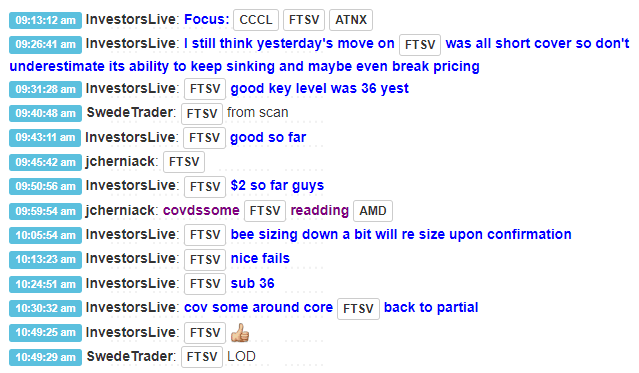 Another great week in the books. Please reach out if you have any questions or are thinking about joining the IU community. [email protected]