I hope everyone had a great week and has plans for an even better one next week with friends and family. We have an abbreviated week coming with the markets closing early on Tuesday and closed on Wednesday.

This week was somewhat of a mixed bag.  Opportunity on both sides but you really had to be patient on entries and cut them immediately when wrong. It seems like most trades looked like they were going to make their move 10 times before it actually did it. Think about sizing down a bit on your starters next week as volume will be light and no sense in letting trading turn you into the Grinch.

Scans have been incredible the last month or so. Not only from Nate but all the other moderators in the IU community. AMRN was a scan several days last week and @InvestorsLive has been waiting for a parabolic to get short. He went over the game plan in our pre-market live broadcast and then executed the plan. There were too many comments in chat to put them on the chart so I just included the chat logs. 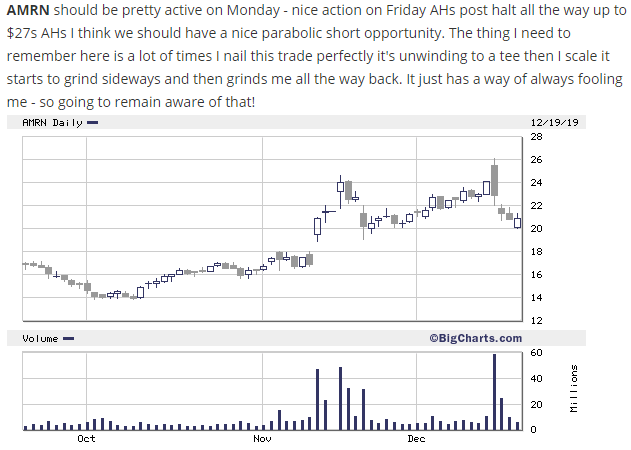 Tuesday brought us news that PTI had positive results. Like always @DonaldKey had the news first and even though he was on the road @TraderTexMex was able to quickly digest the news and find that it might not be as positive at first glance and tweet it out. @Elkwood66 also knew they had 50m ATM so it was likely this was headed a lot lower. My point to all of this is about team work. No one can know about every company doing every trial and be educated enough to know what really is good news and what isn't. Having other people that know what filings the company has brings it all together.

Forgive the time stamp as I am on the West Coast. 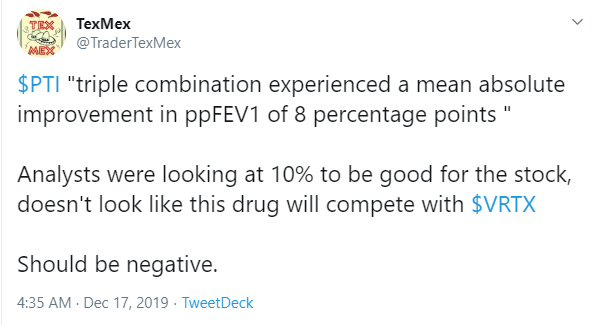 Nate with the news on YAYYO

There are so many jokes that could have been made with the heading but I played it safe. @InvestorsLive posted the news of YAYYO partnership in the ride share world. In a reverse of roles, @DonaldKey comes in with historical price info. What was I saying about team work earlier?

On Wednesday night @jscherniack added AXSM to his scan for Thursdays trading. This was one of the ones that should have failed a bunch of times before but everyone stayed safe with just a few paper cuts and was able to capture the big move once it finally came. 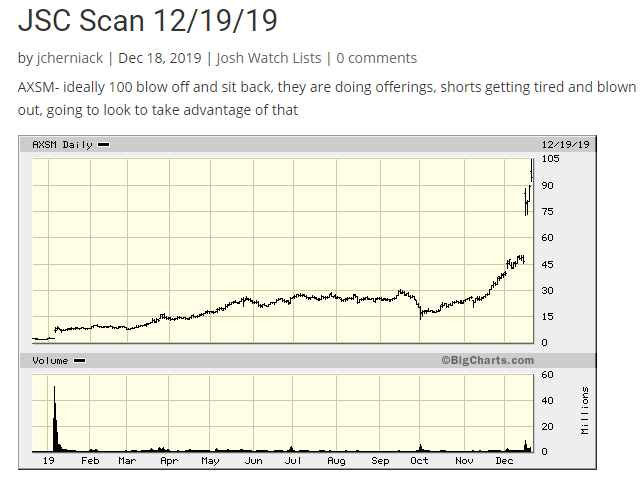 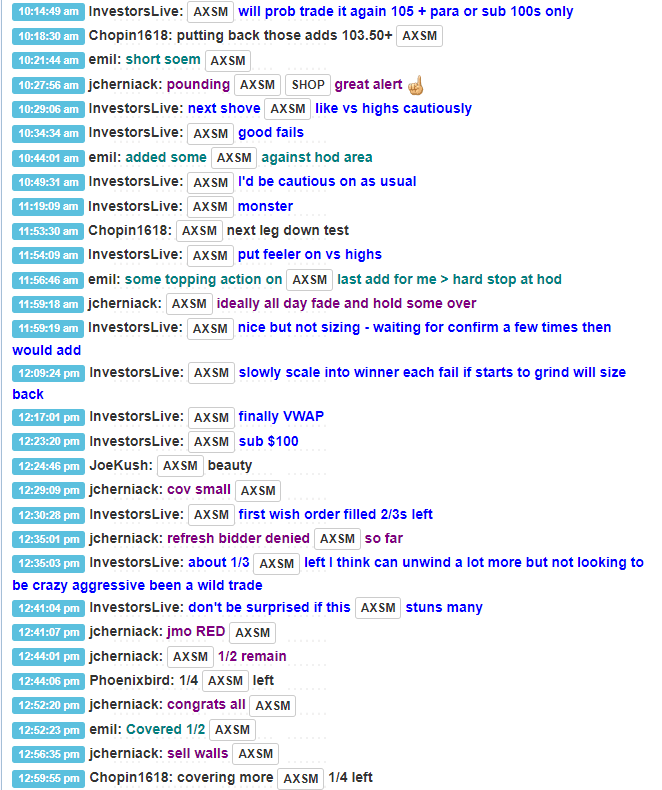 On Friday @TraderTexMex posted the news on LXRX meeting primary and secondary end points in a Phase 3 trial. That put it on radar for everyone and @InvestorsLive noticed a seller in the tape refreshing again and again. Joining the trend in pre-market with a couple of pops to add on size gave incredible opportunity. Some members were done trading for the day before the opening bell! 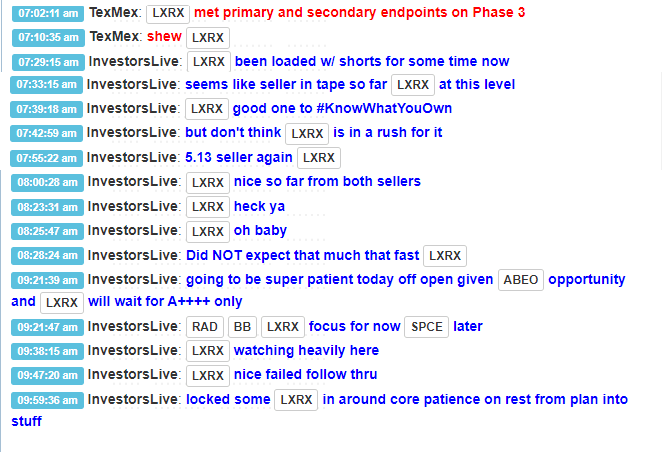 I hope everyone has a Merry Christmas. If you have any questions about trading or are thinking about getting started with the IU community, shoot me an email [email protected]