Another short week this week but plenty of opportunity. A lot of traders focused all of their attention on SPCE and let it exhaust them trying to find tops/bottoms. There were great trades to be made in it but I didn't include it this week just to show while everyone was paying attention to one thing there were other great setups.

On Tuesday, @Markflowchatter posted the news on TWTR. Ended up being a really nice trade over the following couple of days.

@InvestorsLive was watching the pre-market action on GNPX looking to get short near the open. The news came out and the plan had to be put into work a bit earlier than planned.

PENN has been on the move ever since the Barstool partnership and a new price target sent it even more on Thursday.

Friday brought us a red to green trade with momentum on TOCA. Nate included it in his Thursday night scan and then traded the plan on Friday morning. 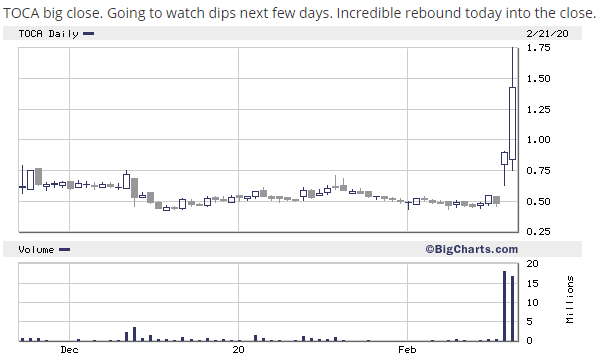 Let me know if you have any questions or if you are thinking about joining us in the IU community. [email protected]