Hope everyone had a fantastic day!

Got some KILLER trades off on RBZ and SOLO 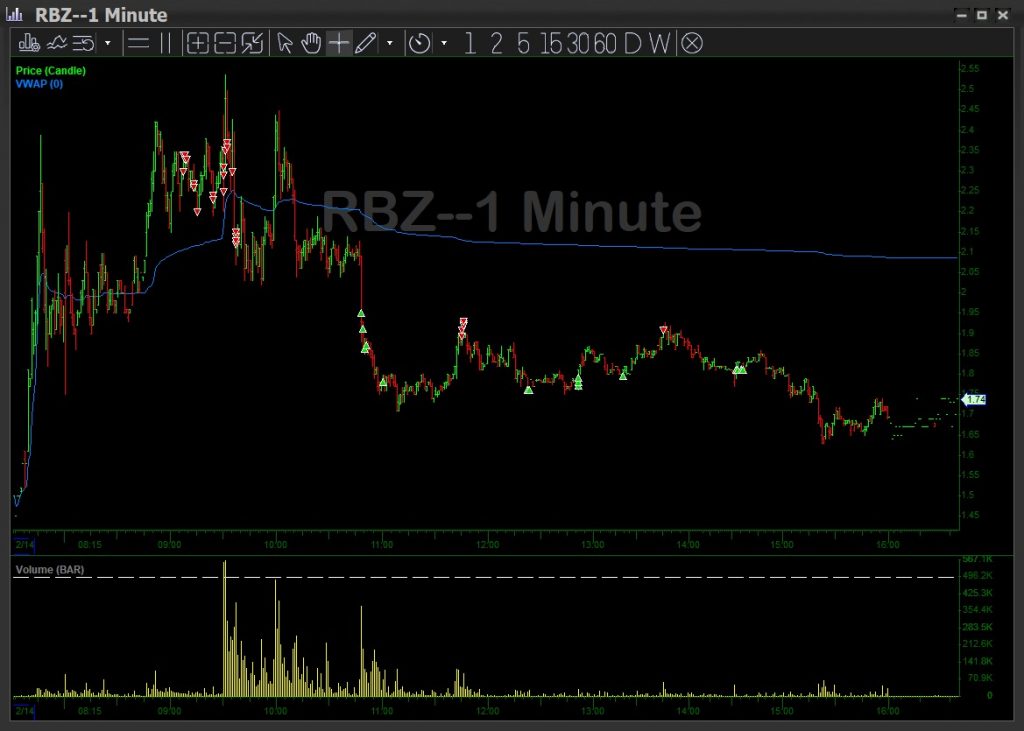 Secondly SOLO was the one we all wanted. Sometimes I hate focusing on the MAIN trade of the day because it's always tough and this was no different. Before you look at the arrows and think I'm crazy just know that I TEST Liquidity a lot to see how my fills are and as you'll see late day I compared the late day squeeze to IGC (before the ramp) because I was working covers and TESTING liquidity on bid which KEPT MISSING thus telling me the full story (swipe was near) - check the video and game plan.

^^ THAT IS A MAJOR TELL ^^ If you take NOTHING else from this blog post - understand that. One of the strongest traits as a trader I have is nailing covers into flushes (and vice versa into parabolics) when I keep missing covers and keep adjusting orders higher -- I WAKE UP -- THAT IS AN ALARM THAT SOUNDS -- SOMETHING IS WRONG and I take notice!

I was LONG SOLO into the open sold into the $6s + and got short $6.20-6.40s mostly before trading around the core cautiously. 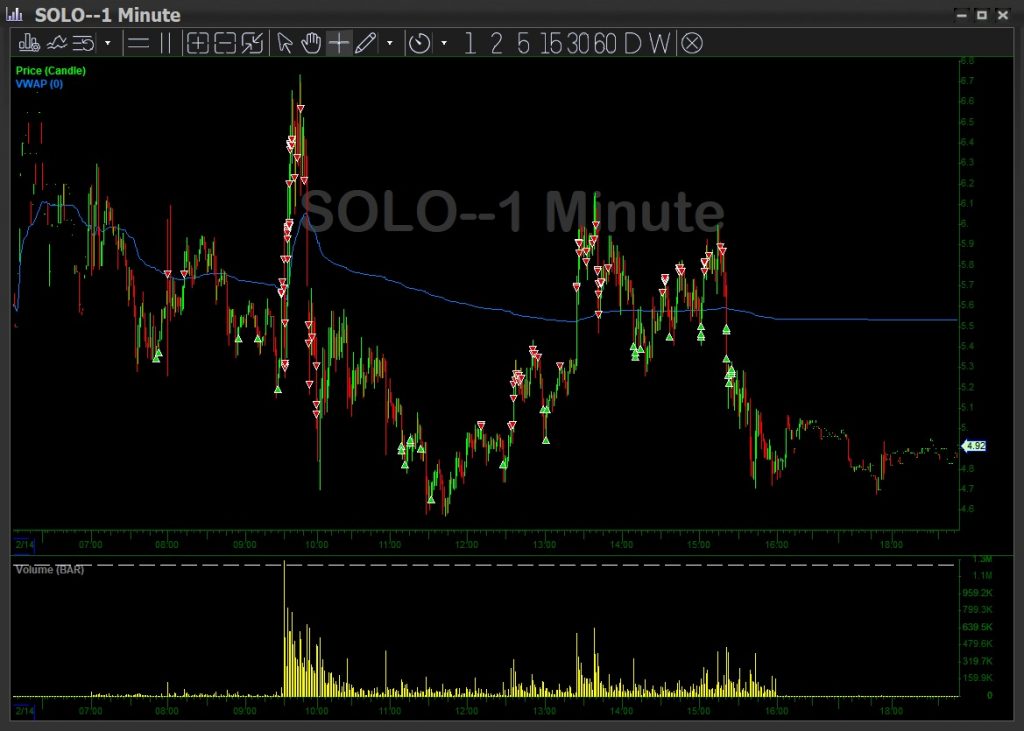 I wanted to do a recap because we've had a lot of things happen recently and it's time to recap a little bit of it!

Lately I've been looking for themes in trading:

The first theme is the recent IPOs and curling on the daily - this started with the UXIN trade idea many of you saw off the $3s to the $10s + then came QTT.

The theme that I've noticed is the 'thinner' IPOs within the last 6 months are starting to really offer some nice break outs. It's not about anticipating which one will reverse it's about joining the trends. QTT as you guys know if you follow me on Twitter I've been swinging since $5 and added to about a $5.60 average. I finally sold 1/2 this week at $14.20 a share average and the rest today just to go ahead and move on and start looking for better break outs. It was my best trade since CLPS in June of last year (2018). QTT had a lot of the same markings that the UXIN trade had when I did the last recap discussing anticipating that triple off the lows.

Game plan $QTT - eyes are closed wake me up if it's good. Let me sleep if it's not 😛 pic.twitter.com/7u5f7Gk9qK 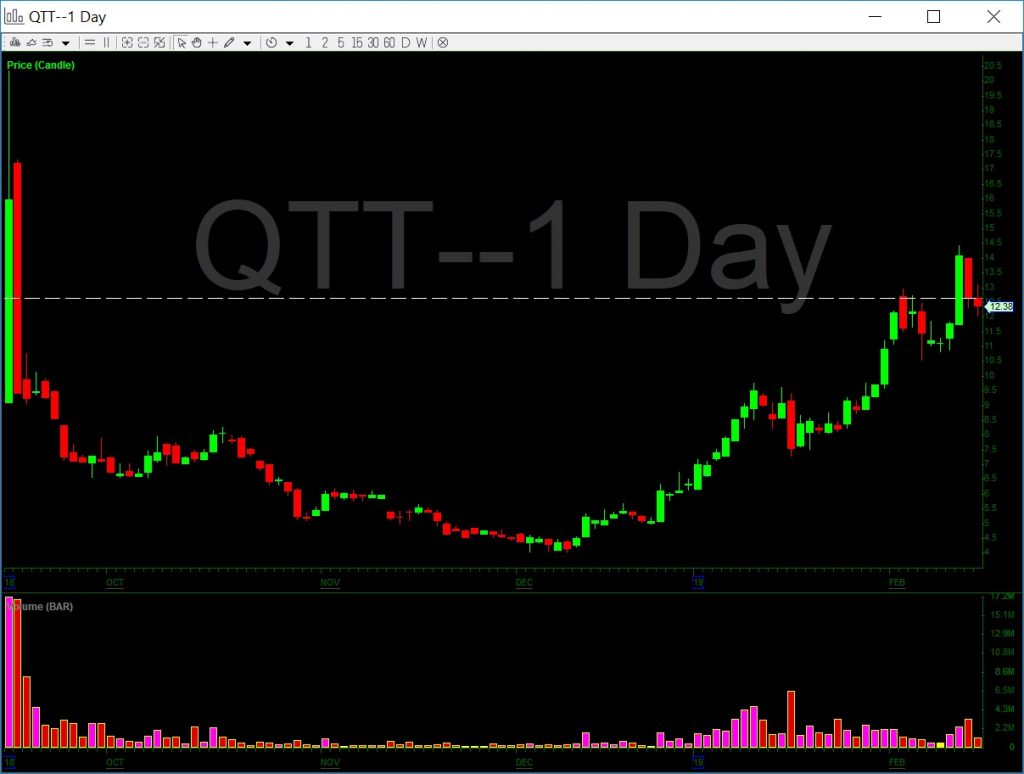 Can you see the theme?

Same theme as QTT = TME UPWK SIC PVTL and AVLR all of which you saw on scan this week -- taking legs up. Example of a future watch is symbol: NEW. 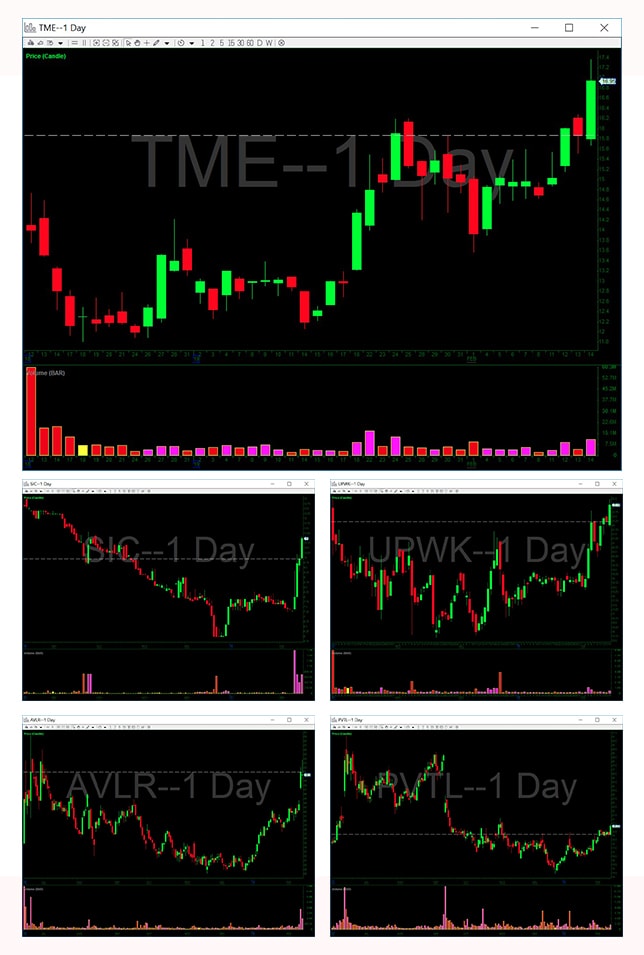 Momentum carrying over ticker to ticker.

I think all these recent offerings should pay a finders fee to $MBOT for ripping -- they raised more this week easier than they ever would thanks to newsletter buys at open and FOMO chasers buying "next $MBOT .."

So yesterday we saw SOLO go nuts but no one wanted to miss the next one right? So, everyone is eager to buy RBZ no one wants to miss the "NEXT" SOLO and all of a sudden buying up .30 ... or .50 ... or .80 is no longer a chase but rather an "opportunity" right? Don't get me wrong, heck I was buying SOLO up .70-.90 cents yesterday at $2.00-2.20 loading the boat for a possible squeeze intraday. THAT IS DIFFERENT. The trend is proven. The volume is the tell.

RBZ on the other hand is not CONFIRMED. Bids have yet to be TESTED. The price is a level of ASSUMED future POTENTIAL and thus carries a much higher bid than we'd normally see because people have extreme fear of missing out on the next SOLO. Then, reality slowly kicks in and we start to find out if that "premium" in price will hold, or if it'll unwind. Many times the stronger something is the more they unwind because at the end of the day the eager buyers only can last so long vs. the endless supply of a paper mill (ie: warrants being converted etc).

So as you'll see I explained that on the video and related it to BIOC & KTOV following the MBOT trade. If MBOT wouldn't have happened - would KTOV and BIOC have had the volume and bids they did? We don't know.

Everyone always looks for the next XYZ within the sector. NVDA earnings are up well what makes sense? Sure, AMD should ramp- you saw it today. People start to sift through sector trades for possible momentum to carry through.

FUV was a known runner last time SOLO went. If you forgot jot it down so that next time SOLO runs you can remember KNDI SOLO FUV etc. Anyhow, yesterday we spotted it early in the room

Today it came right back and continued on T530 had a major alert late day in the $4.90-5 cross that IR had just sent out the Bloomberg article which launched it into the close. Check chat logs to see how we anticipated that move into the close.

I talked about it on Sunday nights video that it's been one hell of a hot scan lately.

$IVC love when they do this 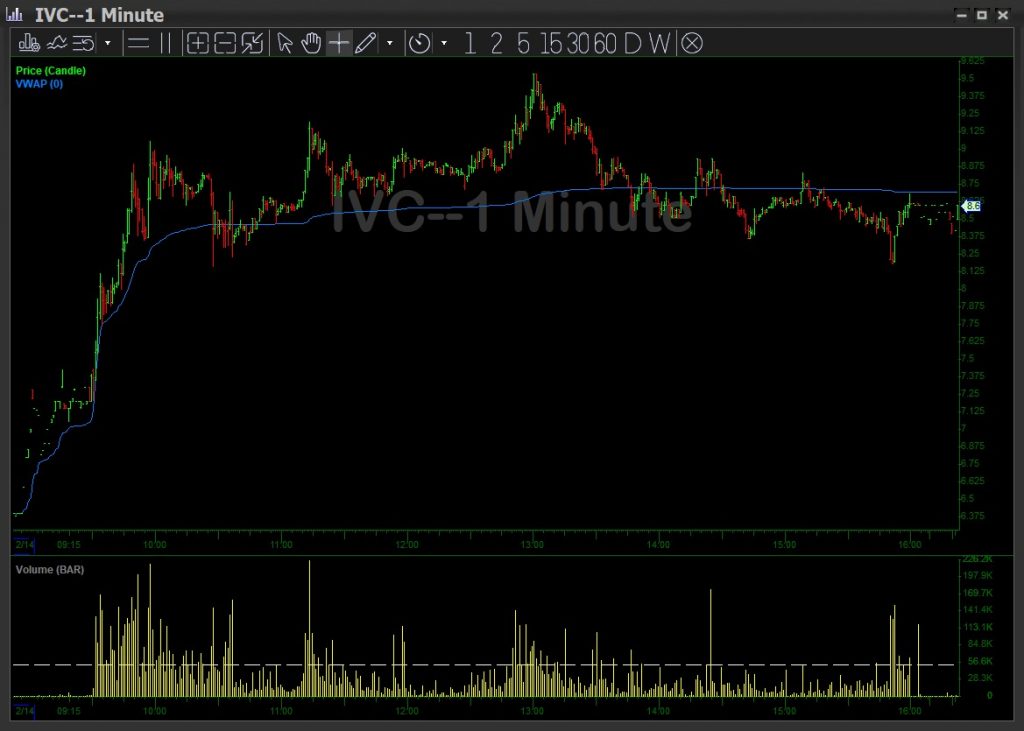 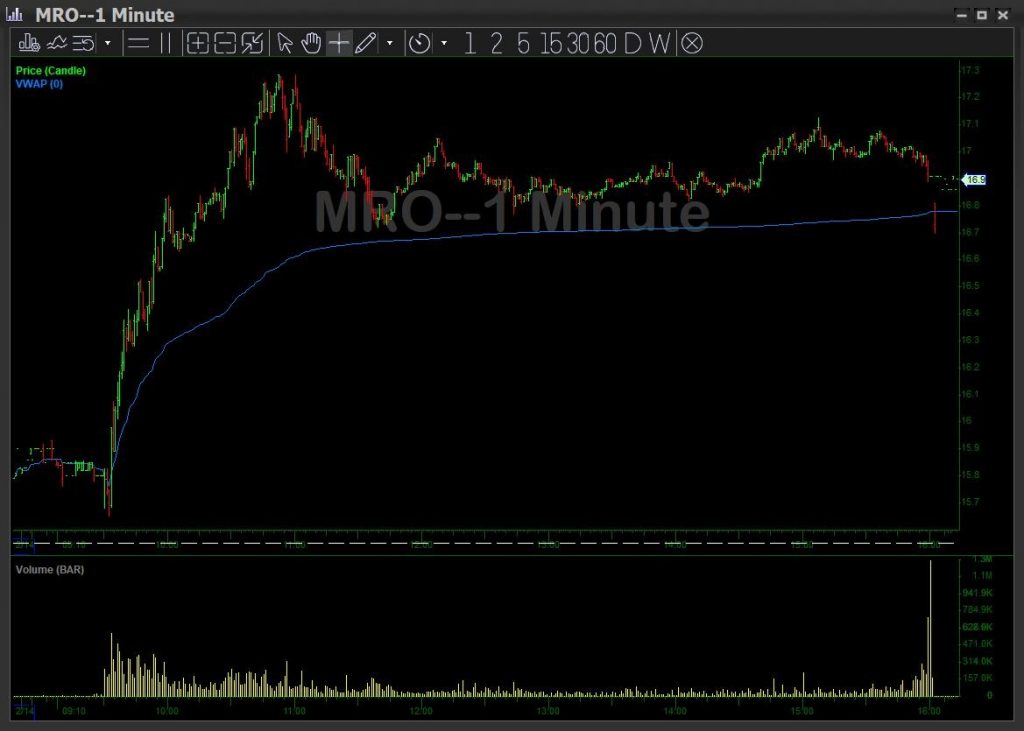 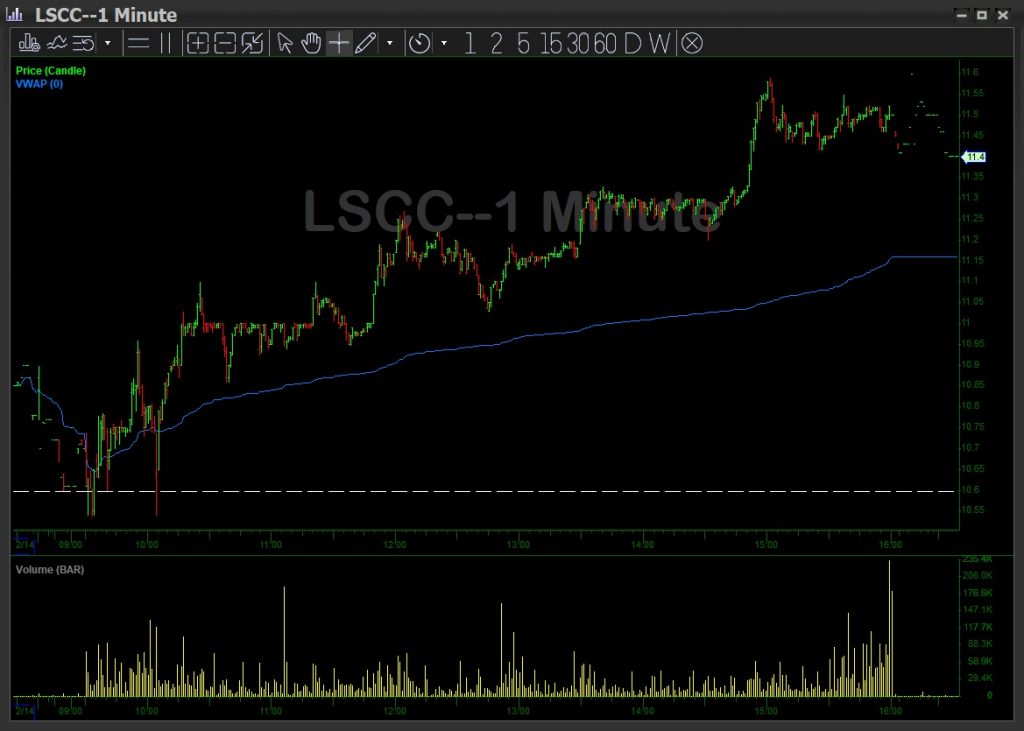 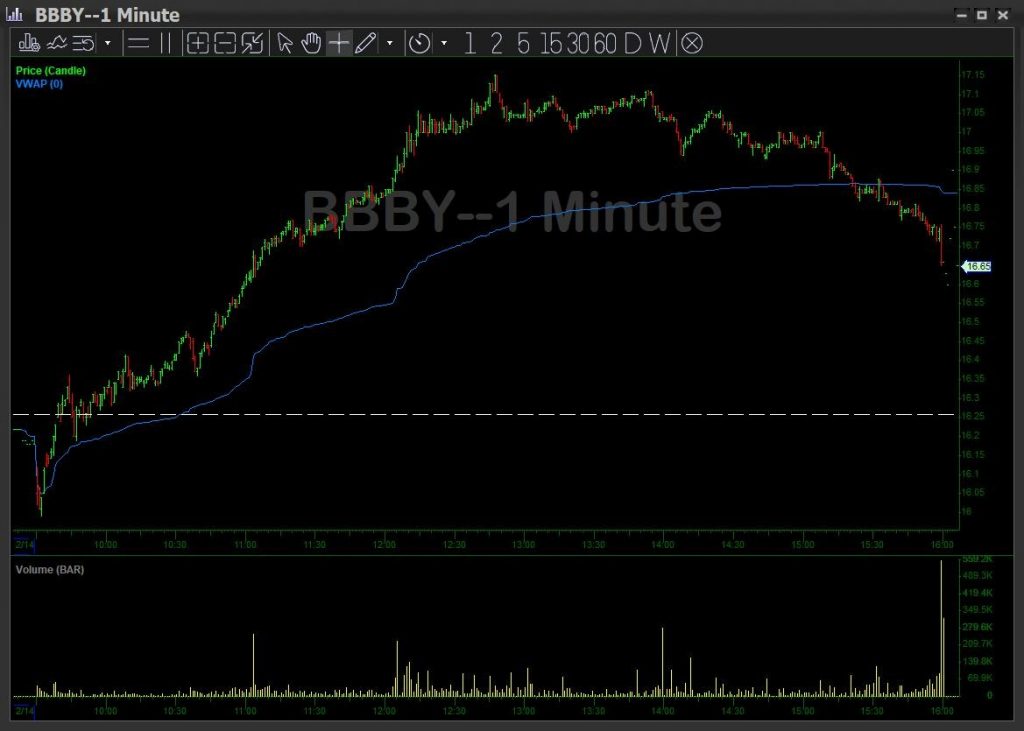