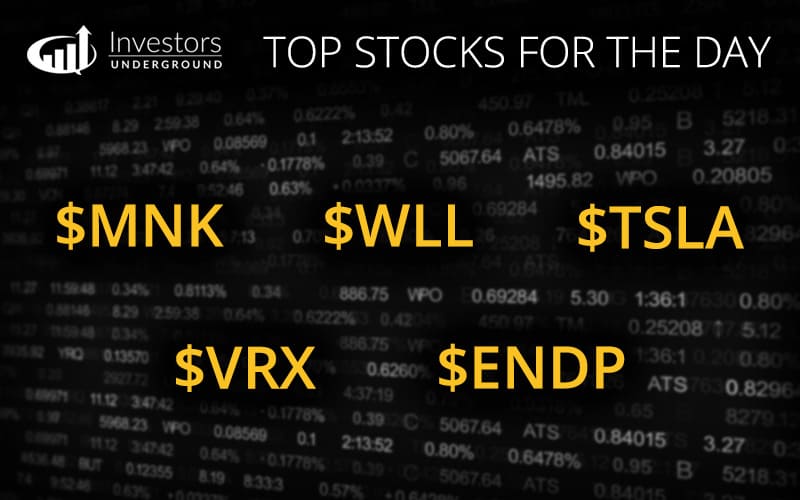 I hope everyone had a great weekend. We're extending these for a little bit longer.

WLL great trader today, shorting into the morning strength and covered into the washout. Many traders always ask me where is the cover? Well, I don't always have a cover plan on names I want to be as patient as the trend lets me. In other words I'll let the trend fade nicely until a long set up appears, if it grinds out of the channel I'll cover and look for higher if it fails I'll look to add and use that new risk.

Can you see the ABCD set up? (Leave a comment as to where)

TSLA did exactly what we wanted - gap up parabolic - push .. fail .. push failed lower high and then faded back. I was up a LOT on that sucker but I wanted to be patient so I covered a few but wish I covered them all. It's always easier after and easy to get mad at yourself but the only way you get to the large profits is via patience so sometimes it works other times it still works but just takes longer and your PnL has to jump around ... and of course the only other times are the times it doesn't work and you need to respect your plan. I am currently looking to re add some short on pops from covers earlier - everyone has been trying to call top on this name I'd rather just join a trend down carefully and scale once confirmed.

10:49:12 am InvestorsLive: anyone trading TSLA should realize its basing now and needs to be ok with jumpy action

11:04:20 am InvestorsLive: TSLA watching to see how it trends around this level will look to put some back on into any good pops/stuffs

11:21:31 am InvestorsLive: after a few test will look to put some TSLA covers back on and use HODs as guide IF/when looks to fizzle

MNK had a nice first short on it but got patient and grinded back so I had to stop out for about a .30 cent loss - I reshorted ANTICIPATING and looking to scale in if we can get a $58 level to peak out under VWAP right now though it's putting up a nice defense.

VRX been a wonderful traded I shorted twice right into the parabolic moves- higher the better for another trade later but this likely doesn't hold up very long. Keep in mind never to underestimate the rally stay safe!

Check the daily chart to see where/why I shorted:

ENDP has had the most relative weakness out of the bunch turned out to be a great trade after $31s peaked out. If this can't hold a trend through mid day watching for possible unwind later. They had some comments out today which who knows could suggest a guide down is coming.