A few years back, I started getting caught in the front side of moves. In a nut shell, I was shorting early, thinking things had "ran too much" without really having a concrete game plan of what the trade risk should be.

There's nothing wrong with trading the front side of the move as long as you respect one rule:

Anytime you start rationalizing why a stock shouldn't go higher and you remain short, you're likely in the trade for the wrong reason. If you react to the front side of the move, make sure you take profits on dips and don't build a position against a name that is only getting stronger and stronger! 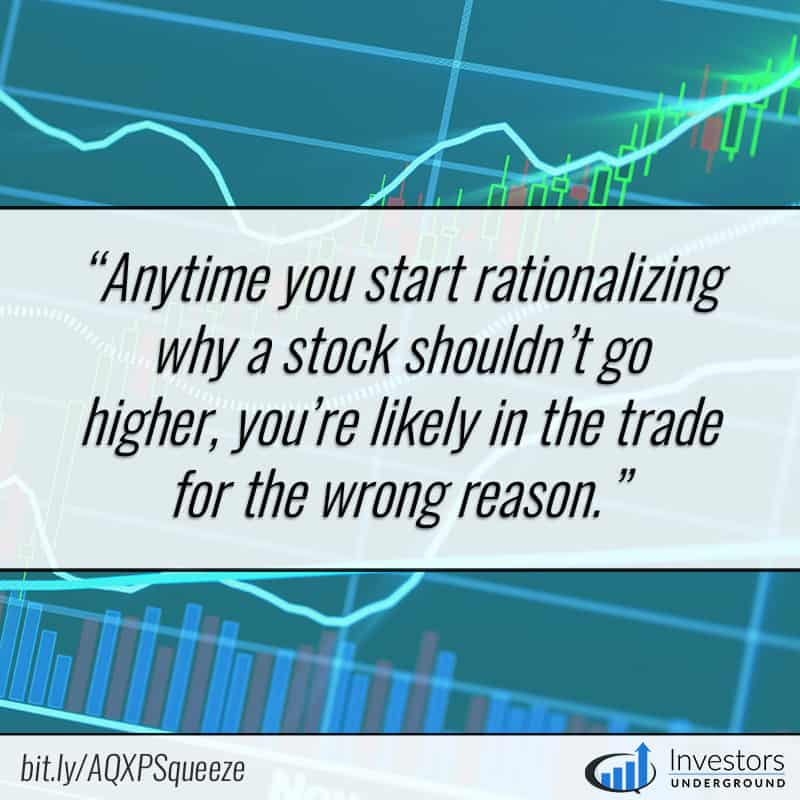 My warnings came out super early on this name Friday, as I know which stocks are likely to get traders in trouble. Despite not getting an early entry long because I felt it had skipped up too much on low volume and I was staying away, things changed. Despite the low volume move, millions and millions of shares came flying in giving it a solid boost. I traded it short once in the $4-4.10 range before it quickly snapped to $3.80-3.90s, only to reclaim the $4s (where I took it off) and carry on it's trend. I decided to stop looking for the top and join the squeeze/trend higher by getting long in the $7s, from which I made it to $9-9.30 on the exits.

I had tweeted in the $7s that as crazy as it sounds I wouldn't be surprised to see it gap fill to the $10.70s. As much as I was in disbelief, it was a very likely scenario. Fast forward 30 minutes and guess where we were at? Yep! Filled the gap on the daily chart.

Apparently $AQXP is not stopping at the first gap fill, wants the second one too ?? sick mover so far pic.twitter.com/tEKddtnd1c 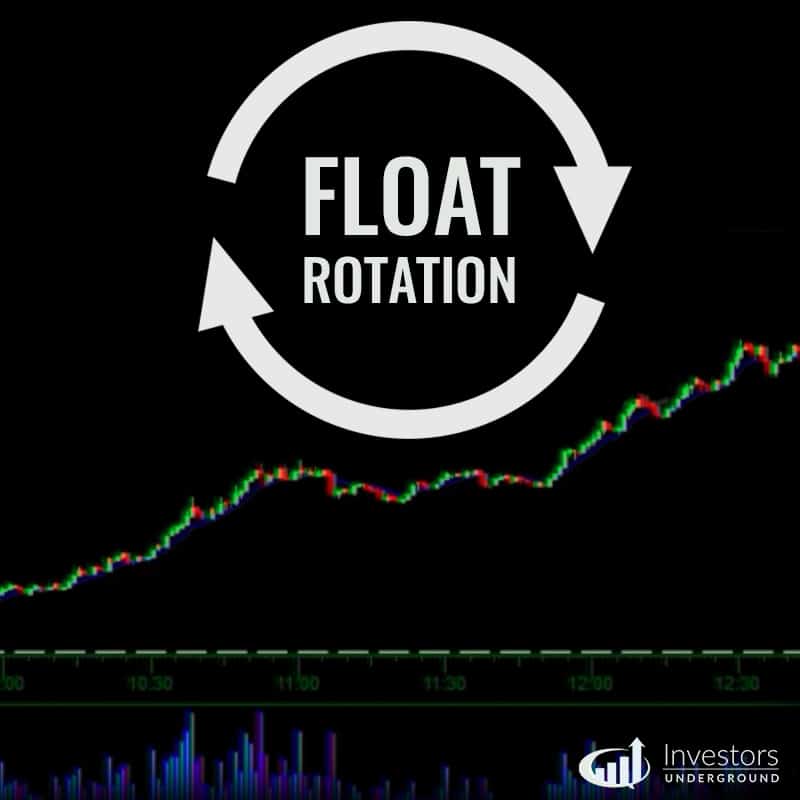 Here's Friday's chart and a description of the term we coined "float rotation" in our education products which ended up sticking around the community:

1. How to identify them

2. The signs you need to look for

3. When to stay away

Another #floatrotation (The term we use referring to names with tightly held float when it begins to trade two, three, ten times and beyond the listed float causing shorts to 'add add add' in disbelief only to send it higher. Forming new support levels along the way trapping each step of the way. The idea behind it is that once the float rotates the original move no longer matters because if sellers wantes to sell they've had every opportunity to as it's liquid enough. As it goes to the next level and volume hits three four times the float sellers have had any opportunity to get out they want while creating a higher average price for longs -- in other words: it's unlikely the $2 $3 and $4 buyers still have that average at $7 $8 and $9 they're likely downsized or already sold out and potentially buying it higher). You'll notice many "reclaim" spots that I went over on my blog post reviewing 2015 trading mistakes on investorsunderground.com/blog I was very fortunate to have made a few long trades on this name after a couple short attempts which I typically don't do! Still working on it! Usually I patiently wait for a top form and confirm no follow through momentum. @gdunner is very good at getting long on the warnings not to short and trusting the moves after they are up a large percentage, I'm still working on it 🙂 We see these time and time again but nothing like this one in a long time. Last big #floatrotation style plays were $PLUG (a while back) $LAKE $DGLY $VLTC $ITEK $NDRM $VSR $APT and many more - check the yearly charts on these to see the moves. Once momentum fizzles the trade comes in very nicely but NOTHING to fight on the front side of the move! #daytrading #profit #learn #chatroom #success #losses #stocks #stocktrading #stockmarket #forex #daytrade #consistency #investorslive #tradingrules #nasdaq #chatroom #watchout #shortsqueeze #squeeze #floatrotation #momentum #coinedterms #focus #identify #wild #stocksgonewild

This next piece is long an unedited - go back and check chat logs, check comments and check the bid/ask action along the way. Most importantly check the "reclaim" levels as discussed in my 2015 biggest flaws most and see if you can identify them! Leave comments below!

Make sure to click HD and let it load!

Below is the commentary from the chat room - the point here isn't "I called it." Those that are screaming "we called it we called it" just want to get your attention. My point with all of this is to show what was going through my head as I saw things, what the key levels were to ME.

Just like I mentioned in one of the recent blog posts, if I'm trading a low float name I will not alert it; I only post the big picture idea and plan.

When trading a CROWDED name, I write what I am looking for and the key levels of interest. If people need to be told when to buy and sell names like these (Just like OTC stocks), they should not be trading them!

The key to focus on is the level's that interest me and WHY. I only have a video from mid day on -- the early levels for which I was watching you'll see $3.20s over/under or $4s over/under as a guide was the first spots I was interested in. It's important to watch where the majority of volume is going on, where it's consolidating around and how it reacts after it pulls back UNDER that level and then RECLAIMS the support.

Again, what is everyone's bias? If everyone is bashing it and short -- saying it CAN'T BE but ... happens to keep going, do you want to be with the crowd?

Here's the picture I posted early on to remind people sometimes it's best to stay away from the crowd bias:

[Aug 7, 2015 9:11:53 AM EDT] InvestorsLive AQXP low vol if it turns into something will be interested but nothing here far too low vol

[Aug 7, 2015 11:09:54 AM EDT] InvestorsLive repeating myself b/c I know people ignore — have a hard stop if you get emotionally invovled and trading it

[Aug 7, 2015 11:19:57 AM EDT] InvestorsLive if trading AQXP and used the stuff moves as entry nothing wrong w/ paying yourself along way allows you to add if pops again or add if snaps on pops — nothing wrong w/ re adding lower — until $5.50s peaks out still a ‘threat’

[Aug 7, 2015 11:53:55 AM EDT] InvestorsLive AQXP seems like the typical set up — trap shorts consolidate then come out with some bullish analyst talk

[Aug 7, 2015 12:19:09 PM EDT] InvestorsLive AQXP so crazy getting stronger as it goes $9-10 para is HIGHLY likely and yes that’s meant to scare you away from shorting if you are new — make sure to lock in along way if you traded the dips long side as well

[Aug 7, 2015 1:19:17 PM EDT] InvestorsLive longer it consolidates anything is possible can always re add

[Aug 7, 2015 2:33:21 PM EDT] InvestorsLive AQXP thinking it needs one more good stuff before anything — they’re trending it well likely lots of shorts still $1-2 away from their avg they can squeeze out — few more stuffs then yank = ideal